Mr. Abbott Fishes For Votes On The Gold Coast, After Labor Locks Up Fisheries

Home /Politics/Mr. Abbott Fishes For Votes On The Gold Coast, After Labor Locks Up Fisheries

Mr Abbott was working hard at the Gold Coast. The fish weren’t biting, but there were still plenty of fishermen at the Australian Fishing Trade Association Trade Show in Broadbeach, Queensland today, including Mr. Abbott.

The trade association has been butting heads with the government recently, because the Labor government locked up huge areas as marine parks and sanctuaries, keeping fishermen out. The association says the government is preventing recreational fishermen from fishing in these areas, even though there are no goals to be achieved and no science to back up the lockouts.

Labor’s changes are causing major damage to local communities in particular and coastal tourism as a whole.

Locking out recreational fishing from marine parks and sanctuary zones is akin to locking out bushwalkers from terrestrial national parks. It should only be done if there is a well-founded scientific reason to do so.

It should also be remembered that recreational fishers are often the eyes and ears on our seas and oceans. There have been countless examples where it is the recreational fishers that have reported illegal fishing activities or environmental incidents to authorities. – Australian Fishing Trade Association

Mr. Abbott At The Show

Mr Abbot was late arriving, and he thanked the fishermen for waiting, as they often do, waiting for a bite. He pulled out his fishing credentials, talking about dangling a line off a wharf or a tinnie, and pulling an old rod out of the shed and casting out on a beach. As a young boy, he says he went fishing with his grandfather on the Gold Coast.

Mr Abbott said “I don’t see people who are in the fishing sector, whether it’s recreational fishermen or commercial fishermen … who want to despoil our environment. I see all of you as people who want to preserve our environment. If you’re a commercial fisherman you want the fishery to be there for your children and grandchildren to be able to fish. And our fisheries are amongst the best managed in the world. If you’re a recreational fisherman you want to be able to come back next year and the year after and still catch fish. These days, all of us are absolutely hyperconscious of the need not to destroy the asset that we are taking advantage of. Not to destroy the environment that we so appreciate.”

Backing fishermen, farmers and forresters, Mr. Abbott pointed the finger at the federal Labor government, and said he will suspend the marine protected areas, if elected. He said “Unfortunately there has been this attitude in Canberra for too long that people who make a living from nature, people who want to enjoy nature are somehow ruining it. Well that’s wrong. The farmers, the fishers, the foresters of our country are our best conservationists because they want future generations to be able to follow their calling. So if there is a change of government in Canberra we will maintain the highest possible environmental standards but that is absolutely consistent with a dynamic commercial fishing sector and a vibrant and growing recreational fishing sector too. One specific commitment I want to give to you is we will suspend the marine protected areas that this Government has recently declared.”

Reiterating his “no surprises” pledge, Mr. Abbott said, “We won’t make decisions that damage the lives and the livelihoods of Australians without talking to people first and this is the problem that we have seen all too often from the current Government. Not just in this industry but in so many other industries as well, most recently the motor industry with the sudden imposition of a $1.8 billion tax hit on the company car. Just replete with unintended consequences, damaging consequences for an industry that we need.” 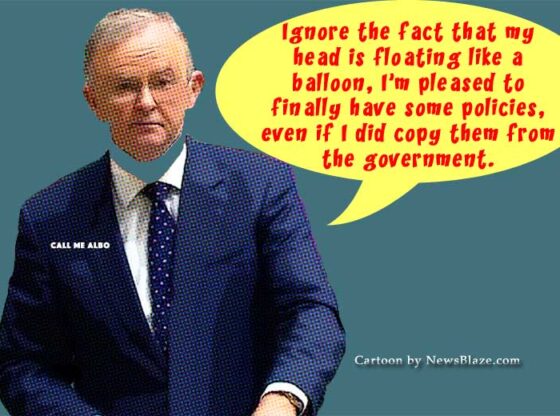